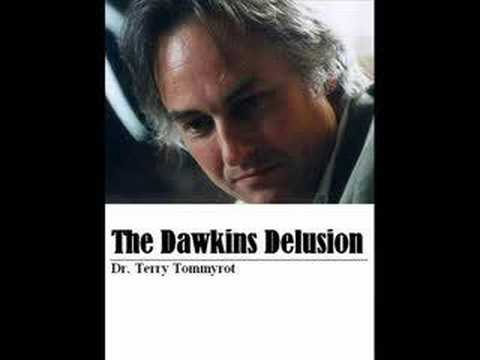 In this newsletter:
1) Creation/Evolution literature database 2) Dr. Joseph Mastropaolo challenges legality of teaching evolution in U.S. schools 3) “In the Minds of Men” – new edition 4) French article on design / webpage of the week 5) Youtube pick of the week: The Dawkins Delusion 6) More failed attempts to discredit the “Delk track” 7) “Complete Creation” Video series 8) Answer to the contest: Archeoraptor & the “feathered dinosaurs”

For those of you who are more hard-core creation researchers, Josiah Detwiler (director of the Akron Fossils and Science Center in Akron, Ohio) gave me a link to a nifty website this past week. The website explains:

“The Creation-Evolution Literature Database was established in 2001 in response to the need for a freely-available computerized database of literature pertaining to the creation/evolution controversy. Maintained by the Center for Origins Research at Bryan College, CELD’s goal is to archive every periodical ever published about the creation/evolution or religion/science debate.”

Should Devolution Replace Evolution in the Science Curricula of Public
Schools?
For nine years Dr. Joseph Mastropaolo, assisted by Mr. Karl Priest,
has methodically examined the evolution controversy. The first phase
of the study was to review the literature. In the last 2,500 years,
there was no scientific evidence to support evolution. What was found
was that spontaneous generation and evolution were attributed to the
occult vitalism of Gaea, the Great Mother Earth. For Phase 2, in
response to obligating requests, individuals and organizations making
public statements in support of evolution refused to send any
scientific evidence. Not one reprint was received. Further in Phase 3,
more than 160 individual evolutionists and more than 363,000 in
evolutionist organizations worldwide defaulted on unlimited $10,000
awards for their scientific evidence in support of evolution. In spite
of the defaults and the biology textbooks omitting footnotes and
references, an analysis of the 65 textbook claims in support of
evolution revealed that 12% were superstitions, 74% were frauds, and
14% were forgeries. There was not one iota of honest scientific
evidence to support evolution.
The scientific facts undoubtedly support litigating evolution out of
the science curricula of government supported public schools. Legally,
evolution violates the state law requiring teaching the truth, for
evolution is the exact opposite of the truth. Evolution also violates
the federal law forbidding the advancement of any religion, including
the Gaea religion which is the origin of spontaneous generation and
evolution, and which provides the occult religious rationale for
spontaneous generation and evolution.
For Phase 4, the nonprofit, International Objective Science
Corporation (IOSC), was formed for the sole purpose of litigating
evolution out of the science curricula of government supported public
schools and to litigate in its place, devolution, the secular absolute
law of the universe.
If a PowerPoint presentation is desired to clarify the issues raised,
please contact Joseph Mastropaolo at jmastropaolo@socal.rr.com or 714
843 6387.
Note: An important event regarding the public announcement of
litigating evolution out of the public schools will be held at the
annual Creation Conference of the Kanawha Creation Science Group
(Charleston, WV) in South Charleston, WV on October 3-4, 2008.

I know it may sound like my newsletter is becoming an advertising and marketing email instead of an informative one, but honest – I don’t get paid a penny for this! Ian Taylor’s landmark book “In the Minds of Men” filled niche in the creation/evolution community when it was first published in 1984. It is a phenomenal book, and very eye-opening. Well it pleases me greatly to say that after a hiatus (during which the book was no longer available and some used copies were selling for $400!) the book has now been revised into a sixth edition, and is being printed by Creation Moments. For those of you who have heard “Creation moments” on the radio, you’ve heard Ian Taylor: He is the voice of Creation Moments.

Ian T. Taylor’s book IN THE MINDS OF MEN: Darwin and the New World Order is
now back in print. It sells for $ 35 plus shipping. When the book was out of
print, I heard that one used copy was offered for $400. Thank God, the book
is now available at a more reasonable price. In my humble opinion, this is
the best overall book regarding the Creation/Evolution issue.

Mr. Taylor’s book has some great information or “trade secrets” of
paleontology. Of course everyone probably knows the one about gaps in the
fossil record. Stephen Jay Gould emphasized that fact in order to promote
his own brand of evolution called “punctuated equilibrium.”

Another big trade secret is that there is NO EVOLUTIONARY ORDER to the
fossil record. The chart of simple organisms on the bottom and complex
organisms on the top is just a hypothetical construct. Mr. Taylor’s edition
will show the textbook chart, used to teach students, and the real chart
used by geologists. The charts are side by side. There is an order of
certain marine fossils according to DENSITY. The order of these marine
fossils is NOT according to evolutionary order.

The book also ties in with a question of epistemology. How do we know the
earth is 4.6 billion years old? It is not by precise scientific
measurements. A committee gets together and decides. In 1940 the committee
decided the earth was 2.0 billion years old. Now it¹s supposed to be 4.6. In
other words the “fact” that the earth is 4.6 billion years old is based on
prestige or supposedly expert opinion. This is nothing new. Sir Charles
Lyell proclaimed the erosion rate, at Niagara Falls, to be at a certain
amount. He never bothered to measure. But because he had the prestigious
title of ³Sir Charles² who would dare question him? I should add that his
title of Sir was due to his land holdings not his scientific endeavors.

How many people take it on the faith that the geologic column is correct?
How many people take the pronouncement of some committee about the earth
being 4.6 billion years old on faith? I am reminded of a saying that a camel
is a horse designed by a committee. But that would be an insult to the
intelligently designed camel.

The book can be ordered from Creation moments by calling 1-800-422-4253. Or
you can visit the www.creationmoments.com.

Here is the information on the design article.

Recently I just put online an article in French I wrote dealing with the challenge the development of visual systems poses for the evolutionary theory.

One assumption evolutionists often make in such matters is that the real problem is developing the first light-sensing system. From that point, the rest is a piece of cake. You just add on refinements and new capabilities.

In my view this is false. If one makes a parallel to the development of computers, in the early days, a couple guys in a garage could produce a working computer. But now things have so advanced that the complexity of computers being produced requires huge teams of people working of various components.

MORE INTELLIGENCE (not less) is required at each step of the way in gaining in complexity.

So the demand for the intervention of an Intelligent Agent, become more and more at each step.

and the web site is:

I’ve decided to add a “Youtube” and/or “Godtube” pick of the week to these newsletters.
Richard Dawkins, for those of you not familiar with him, is probably one of the (if not THE) most outspoken atheists around today. Author of “The God Delusion” he adamantly argues that God does not exist, and in fact belief in God is a dangerous delusion.

A funny interview with Dr. Tommyrot takes Dawkin’ arguments and turns them on their head, arguing that in fact, Dawkins does not exist, and believing in Dawkins is actually a dangerous delusion:

In the past couple of weeks, the video I posted on youtube explaining the “Delk track” (the fossil human footprint stepped upon by a dinosaur) has raised a ruckus, climbing to #1 most discussed video on youtube Canada in the Nonprofits and activism category, #5 most discussed on ALL of youtube in the same category. One skeptic with some knowledge of CT scans laid out some convincing arguments that our interpretations of the CT scans were questionable. His arguments were typical of the anti-creationist type and full of huge errors. Read the response here:

In particular, the closing remarks on why such major mistakes are so often made by anti-creationists.

Of course, for those who missed it, here’s the address for my “official” Delk track information page:
https://ianjuby.org/delk

Almost done – I’m getting there. Parts 1 through 14 are now all available on line, pre-ordering of the DVD’s can be made via the genesisweek.com website. You can view all 14 videos via my “new and improved” website:

8) Answer to the contest: Archeoraptor & the “feathered dinosaurs”

In the last newsletter, we had a competition asking about a certain “feathered dinosaur” that turned out to be a hoax. That fossil was known as Archaeoraptor. While it is certainly not my intention to embellish mistakes made by the evolutionists, the problem is that their propaganda machine is so effective that I still get asked about Archaeoraptor to this day! Archaeoraptor does not in any way support the idea that dinosaurs evolved into birds, but that subject is one that will have to wait for another newsletter.