Life on an asteroid 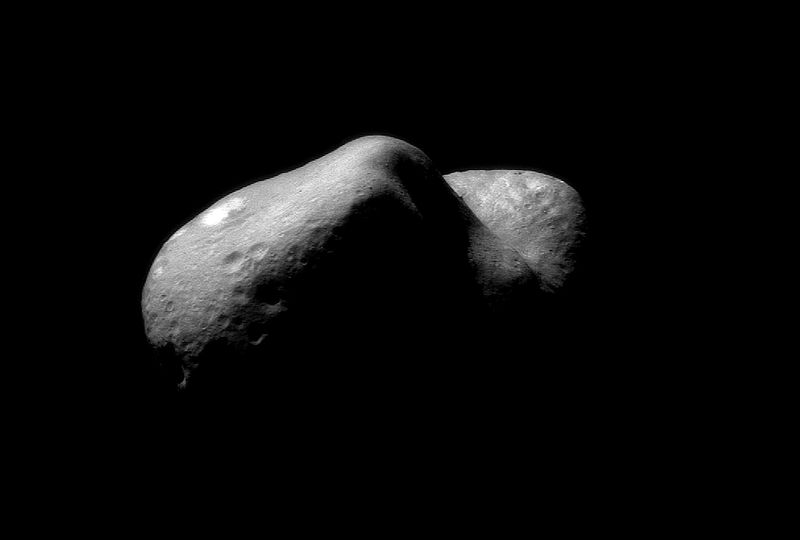 Splashed across the headlines of the past two days are the “discoveries” of ice and organic materials on an asteroid.

Actually, this is old news – spectrascopic analysis of comet tails had already shown gases like methane, presumed to be from decaying biomatter in the comet.  Asteroids have been known for a while now to have considerable water content – so really this is nothing new.  Further to this, meteorites have been found containing water, salt, and at least two meteorites have been found with living bacteria contained within them.

(http://www.creationscience.com/onlinebook/Asteroids2.html see heading “Meteorites return home” near the bottom of the page)

Of course the evolutionary theorists like to point to this, speculating that perhaps Earth was “seeded” from space with life, which then evolved.  This does not answer the un-answerable problem of the origin of the first life – it is simply an attempt to put the problem as far away as possible, and as long ago as possible.  (Now picture the Star Wars opening screen, text scrolling off into the distance, “In a galaxy far, far, far, far, far, away, many, many, many, many billions of years ago, the impossible became probable, and the probable became inevitable because of the extreme distance and time…”)

So far as we know, the laws of physics and nature still apply in the far reaches of the solar system.  Therefore, well-established scientific and natural laws apply there – laws like the law of biogenesis which states that life only arises from life, and there has never been an observed exception to this rule, hence the reason it is a law.

An explanation that is far, far, far more plausible is that the water, salt, and bacteria (and possible decaying biomatter) in the asteroids, comets and meteorites came from Earth.  For one theory as to how this could happen, do take the time to read the hydroplate theory put together by Dr. Walter T. Brown, and in particular, pay attention to this “Origin of Asteroids and Meteoroids” chapter: