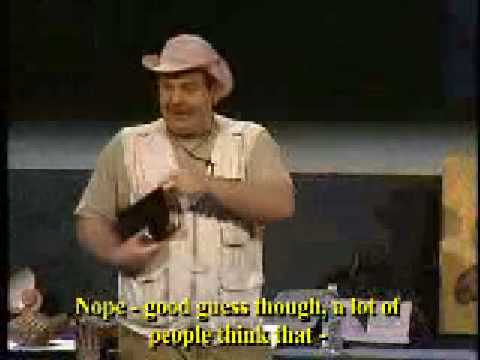 You may recall that I was re-shooting the “Complete Creation” video series
(which is still #26 most discussed video on youtube of ALL TIME!).

Welp, I just got the children’s video edited, and I just got it uploaded to
youtube.  This was the first night in Illinois – Superbowl Sunday, and we were
blown away by how many people showed up – Praise the Lord!

I need to break it in two for Godtube (30 minute limit) so that’s going to
take some render time, then I gotta post it.
I’ve blocked comments and responses on youtube, because it’ll be watched by
children, so please pass around the link to anyone you think may be interested:

It should be on Godtube later on tonight; under my username “Wazooloo”.
I’ll be editing the other ten hours until the cows come home, but I’ll post
each video in the series as they are finished over the next several weeks.

Also, for those in the Ottawa Valley, I am here for the next several weeks if
anyone wants to arrange a talk and a museum setup.  I got a bunch of new
displays, plus the usual “Old faithfuls,”, and I’m always keen to give
Creation talks for children as well.