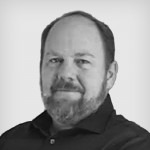 I was appalled at these responses for two reasons: This is NOT the response or attitude I was trying to nurture, and these were my friends these people were referring to.

I have many friends I am privileged and honoured to call my friends, people who have had a profound and positive influence on my life, who are of strong atheistic and evolutionistic persuasion. These people have my love and highest respect and are anything but stupid in my eyes. Being the intellectual type myself, I understand them and it is actually because of their intellectuality that they believe what they believe. It is natural for the human mind (especially the intellectual mind) to shun the supernatural.

Francis Bacon, a once eminent scientist, once said “People prefer to believe what they prefer to be true.”
This applies to:

Sports (You aint never gonna convince me the Leafs AREN’T the best team in the NHL!!!)
Religion
Politics
and yes, even SCIENCE

Although the scientific evidences are mostly what I focus on, you will find out quickly that science has nothing to do with it!
I have watched in awe as evolutionists and creationists have looked at the same evidence and drawn completely opposite conclusions – both of which seem viable! I have watched people take scientific fact and twist it around to back up what they wish to believe. I have seen people do that with the bible. I have seen people twist reality to suit their needs. I have seen myself do these things. (How do you think I learned all of this? 😉

If I examine myself, I discover that I would prefer in many ways not to believe the things I believe, they frighten me. I would prefer not to believe in a place called hell. I have read the bible extensively, I know what the bible says about that place. I would prefer it didn’t exist, let alone people going there. I quite like the idea that when you’re dead, you’re dead! Sure I like the idea of heaven, but rebellion has happened in heaven once already, who’s to say it won’t happen again – and where would I be in all of that?

Jesus stated quite bluntly you must be born again to enter heaven (Book of John, chapter 3, the Holy Bible) You don’t have to believe this. In fact, it is you irrevocable right to believe whadeva ya wanna believe. But are you willing to pay the price if you are wrong?

The bottom line is that there are many reasons I would prefer to believe evolution than creation, yet I firmly believe creation and the bible as an accurate testament. So I will say to you what I have said to many that I have presented the creation model to :

I am not asking you to believe what I believe, I am merely presenting what I believe and why I believe it. I am not out to be an “evolutionist basher”, though I will be blunt about the scientific and philosophical facts, and I even poke fun at evolution once in a while. However, I find it distasteful the way I have seen both evolutionists and creationists attack each other, lifting up themselves and putting down the other, rather than spending their energies and time on good, scientific critique.