Codependancy within even the simplest of cells 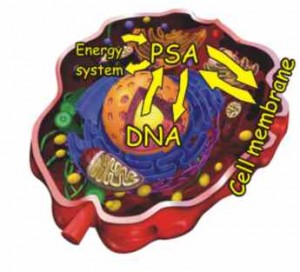 In Michael Denton’s book “Evolution: A theory in crisis”, he pointed out the codependancy of the systems in a functioning cell. He was not the first, nor the last, to point out this paradox. Like the question “Which came first, the chicken or the egg?”, the answer is just as obvious as “The rooster and the chicken came first!”

These systems were clearly created, together, in unison. Not one of them can exist without the others.

What is the Creationist definition of life?

This question really took me off guard; I had never been asked it before and the first thought that ran through my mind was “What do you mean ‘What is life?’ Everybody knows what life is.”

In retrospect, there are two reasons: The most obvious one is that I had just finished demolishing abiogenesis and showed how impossible it was, scientifically. There is no answer to these arguments, so this is a ploy to distract from the facts and discredit the arguments some other way – calling to question the definition of life for instance.

This is a perfectly fair debate tactic, but it is a tactic, not an argument. Nevertheless, it is also a valid and pertinent question: Here I was, arguing against a natural origin of life, but someone not familiar with Creationary thinking would question our definition of life.

I started to state my own, personal assumptions on what would define life: “Life… would be… a … lifeform that can..”….

That was as far as I got. I was immediately called on my circular reasoning: “You can’t define life with life!”

So I took a second stab at it: “Well, I would define it as a living organism which can…” at which point the skeptics pointed out my tautology.

I had responded that I would come back to this question, but at this point, The Distinguished Gentleman (TDG) toward the back pointedly asked me for a definition “Now.” Was I not able to give one? I attempted to think for a while (No, really! I attempted to think!) but I was so exhausted by this point that ye olde cranium just wasn’t working…. at all…. I passed on the question, partly because the badgering just completely blanked out my mind and I wanted to sit down and think about this before I commented.

Now that I have had some sleep (everything’s 20/20 in hindsight) this was a silly sequence of events! The anwsers are quite evident.

First off, it was simply a miscommunication on my part. If I had simply referred to “things” instead of “living things”, I would’ve gotten the silly definition out of my mouth. Furthermore, I should’ve simply put the ball back into the court of the skeptics: “What is the naturalist’s definition of life?” I’m quite sure we would’ve both reached an agreement in a hurry, and I am quite confident that the agreed upon definition would’ve cemented my arguments against abiogensis!

Basically the Creationist definition of life would be essentially the same as a naturalist’s version:
Life can be described as something (now let’s not argue about the definition of “thing”, okay? ) which has ALL of the following, essential functions:

Nutrition, circulation, respiration, excretion, secretion, reproduction, movement and locomotion, and metabolism.
I would include self-repair in metabolism.

For myself, I would probably be satisfied to define a living organism as something that has the functions of nutrition, reproduction, and metabolism.

From a scriptural standpoint, there is also something different about the human race, as Genesis records that God did something very unique to them: He breathed a soul into them. (Gen 2:7) The bible also seems to dictate a clear difference between plant life and animal life, but this is not pertinent to this particular question.

The arguments were then brought up: Many evolutionists consider viruses to have been the first life forms on planet earth.

Indeed, if you visit the Museum of Nature in Ottawa, in the upper halls you will hear this claim mentioned in the dialogue broadcast over the speakers. However, even if somehow a virus was miraculously produced by natural processes (and indeed that alone would have been a metaphysical event, a miracle), Viruses cannot reproduce! Viruses must hijack the reproductive systems of living cells in order to make copies of themselves, so evolution is dead in the water! As with the codependency within even the simplest of cells, the reproductive system of the first living organism had to have been formed at the same time as the organism, in full functionality! This does not even begin to address the problems associated with the evolution of sexual reproductive systems: two incredibly complicated systems, entirely separate, specifically engineered to interact with each other, and they both had to have evolved at exactly the same time.

A comment was made by a fine young man in black (MIB) about how a computer program could quickly fall into the definition of life.

Let’s extrapolate on that a little: A computer program could be written to reproduce. But obviously it’s lacking in some of the other requirements for the definition of life. Fine; let’s give it a robotic body which can fulfill all the requirements for the definition of life: It seeks out an electrical outlet and has on-board energy storage systems. It charges itself from the sun when there is no electrical outlet. We can build it to produce other robots, just like it, etc… Even if it’s artificial intelligence is really artificial and not very intelligent, at least it does have some semblence of intelligence.

I agree emphatically: We can build something that could fall into the definition of “life”…. thank you for bringing home my point so clearly!
Abiogenesis is impossible without outside, intelligent intervention and design!

While you can feel free to believe that somewhere out there, there is an entire planet of robots which have been formed by natural processes (i.e., landslides and volcanoes spewing out metal into just the right shape, millions and millions of times over, all the parts just happened to fit and fall together in the right order, at the right place, at the right time… copper melted onto some fiberglass to make a circuit board… etc…etc…) you believe this in blind faith. (It’s always some far away place – one should ask why it doesn’t happen here)

This brings us to the points I made next in my original talk:

As I pointed out in my opening talk, evolution and a natural origin of life require incredible leaps of blind faith. I freely admitted my own blind faith in what I believe: I was not there, I have no idea how God did it, but I believe that He did.

I will address this further in the question on Proof of Creation.

“I was at this time living, like so many Atheists or Anti-theists, in a whirl of contradictions. I maintained that God did not exist. I was also very angry with God for not existing. I was equally angry with Him for creating a world.”
CS Lewis: Surprised by Joy. (1955; p. 115)

“If the solar system was brought about by an accidental collision, then the appearance of organic life on this planet was also an accident, and the whole evolution of Man was an accident too. If so, then all our present thoughts are mere accidents (the accidental by-product of the movement of atoms) and this holds for the thoughts of the materialists and astronomers as well as for anyone else’s. But if their thoughts (i.e., of Materialism and Astronomy) are merely accidental by-products, why should we believe them to be true? I see no reason for believing that one accident should be able to give me a correct account of all the other accidents… It’s like expecting that the accidental shape taken by the splash when you upset a milk-jug should give you a correct account of how the jug was made and why it was upset.”

C.S. Lewis, in God in the Dock (p52-53 Answers to Questions on Christianity)